I have good memories of galettes. My aunt and uncle live in Brittany and I was first introduced to these culinary delicacies some years ago. I loved them. I was told that they are usually served in a sequence.The first galettes was served with Emmental cheese. The second was served with ham and the last one was the winner. It was with ham, cheese and egg. The trick was to have the egg cooked but the yoke still soft. Some people actually break the egg up first and spread it all over the galettes. Just delicious. Galettes are usually served with a good sparkling apple cider. A great match. During a visit there a few years ago with my husband, I bought a small galettes cookbook and was determined to recreate the yumminess at home! I even bought a crepe maker! 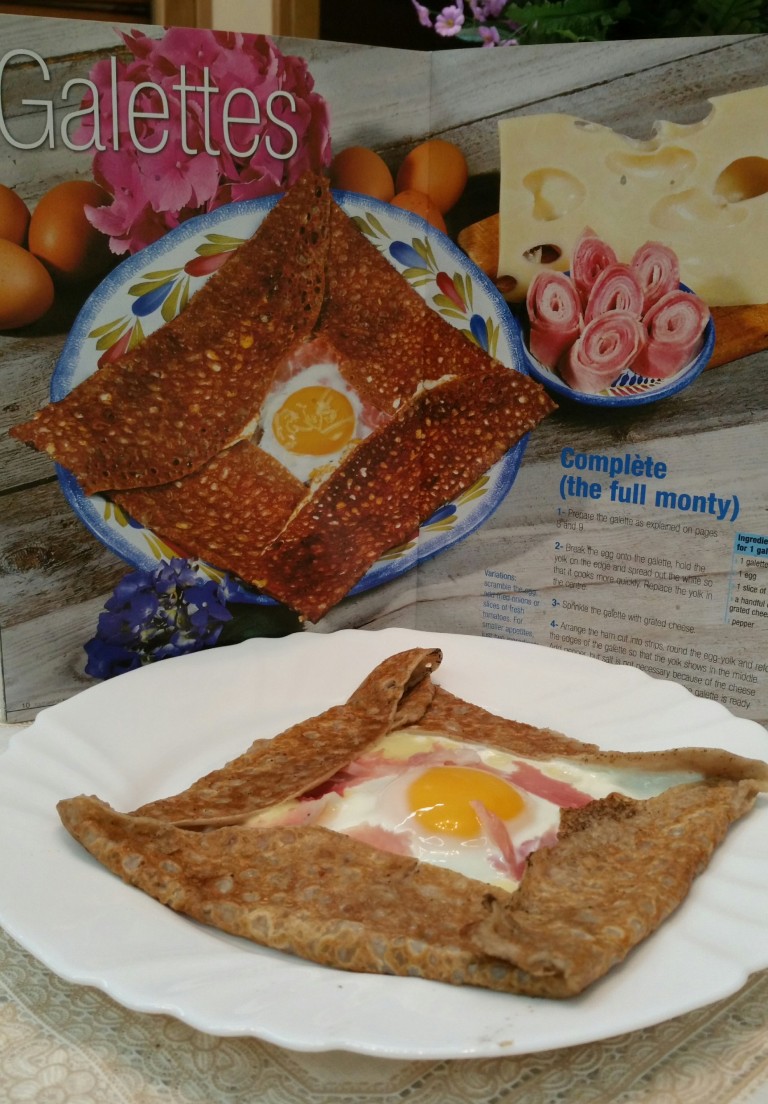 The galettes were this week´s recipe in my cooking group, Cookthebookfridays , which is cooking its way through David Lebovitz´s cookbook, ¨My Paris Kitchen¨.  Although I paid close attenton to his recipe and his tips, I made sure to pay close attention to what my Brittany cookbook said too. One difference that I noticed was that my Brittany cookbook recommended putting the batter in the fridge for at least 24 hours while David recommends at least an hour. I put mine overnight in a water bottle. 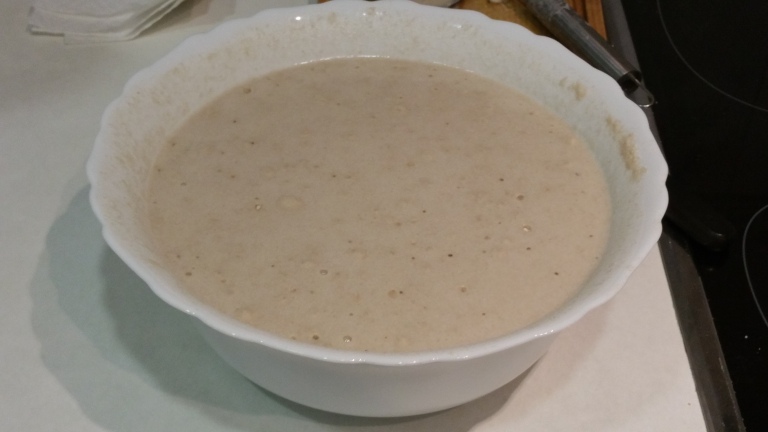 The next day, it was good to go!

I followed David´s recipe this time and enjoyed it just as much as in previous times. Traditionally, galettes are quite large. I mean, like the size of a vinyl record. And to see those ladies make those things and flip them so easily is truly a marvel because it is not as easy as it looks! Me? I am just glad mine don´t break and I don´t worry about mananging a perfect shape or size!

Here is the recipe for galettes that I usually use with some tips!

Mix the flour with the coarse salt.
Pour the water in gradually and mix slowly until well blended.
Allow it to rest 24 hours in a cool place until it thickens.

Grease the griddle (you can also use a thick bottom frying pan with a low rim) with butter. Spread the butter evenly. When the griddle is really hot, spoon a ladle of batter on the griddle and spread it quickly. If you don´t use a griddle, after pouring the batter in the pan, quickly tilt the pan in all directions to spread the batter all over the bottom of the pan.

Cook for 2 -2 ½ minutes over medium heat. You will see that the edges will turn brown and begin lifting themselves from the griddle or pan. That is when you know you can turn the galettes over. Turn it over carefully and you are ready to put a filling.

Crack your egg on the galettes and spread the white over but avoid the edges.
Put a few pieces of ham and cheese.

Turn the edges over so it looks like a present. The edges will naturally stick because of the egg and cheese.

Remove and set on a plate. If you find that your egg white is still a bit raw, put it in the microwave for 30 seconds or so. The yoke is meant to be runny. It is delicious with the galettes.
Serve with a good cider!

I am looking forward to seeing what my friend in the group thought of this one!

Have a good weekend everyone!