Soooo..this was delicious. All I can say is that it is like a brownie baked as a pie. So naughty but what the heck. We deserve little treats now and then. I probably wouldn´t have made it had it not been for my friend Lina´s Surprise Recipe Challenge . I had to pick a number and I had to make the recipe that corresponded to that number. It was worth it! It was so easy to make too! 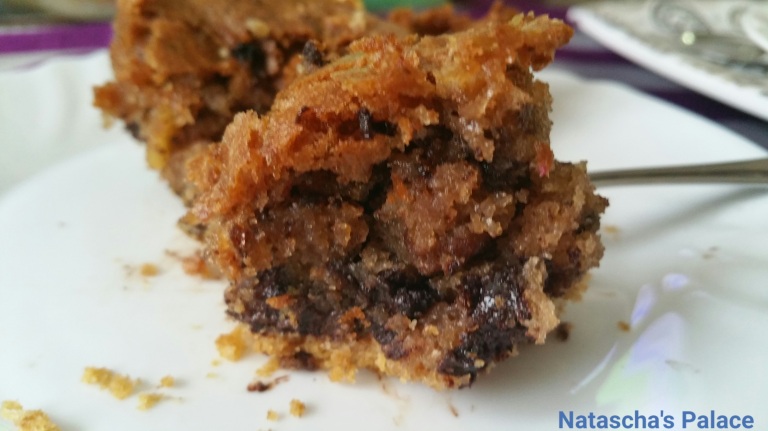 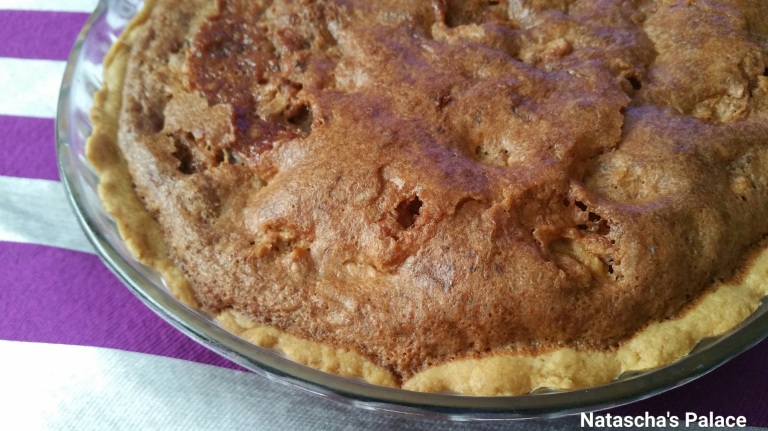 Here is some history of the Derby Pie, according to Wikipedia

The Derby Pie was created in 1950 by the Melrose Inn in Prospect, Kentucky as a specialty pastry. The restaurant’s owners and Derby Pie creators were Walter and Leaudra Kern, who constantly researched the optimal recipe for their creation. They were assisted by their son George Kern. The name “Derby Pie” was chosen because the various family members each had a different name for the creation, so to resolve the naming quandary they put the various names in a hat, and pulled out the paper which said “Derby Pie”.

The name “Derby Pie” is a registered trademark of Kern’s Kitchen, which registered the name in 1968. The company uses the name in the form “DERBY-PIE®” in official literature and advertisements. The recipe is kept secret, known only to a small group of Kern family members and a single Kern’s Kitchen employee (who actually mixes the recipe today). Kern’s Kitchen diligently guards the trademark and has filed more than 25 lawsuits to protect it over the years.

I found this recipe on About.com

2. Combine the flour and sugar in a mixing bowl. Add the eggs and butter, and mix to combine. Stir in the bourbon, walnuts, chocolate chips, vanilla, and salt.

3. Pour the mixture into the unbaked piecrust. Bake for 40 to 45 minutes, or until the filling is set. Set the pie on a wire rack and let cool before slicing.

* Note: If you ever include a similar recipe in a cookbook, you can’t legally call it a “Derby Pie” recipe.