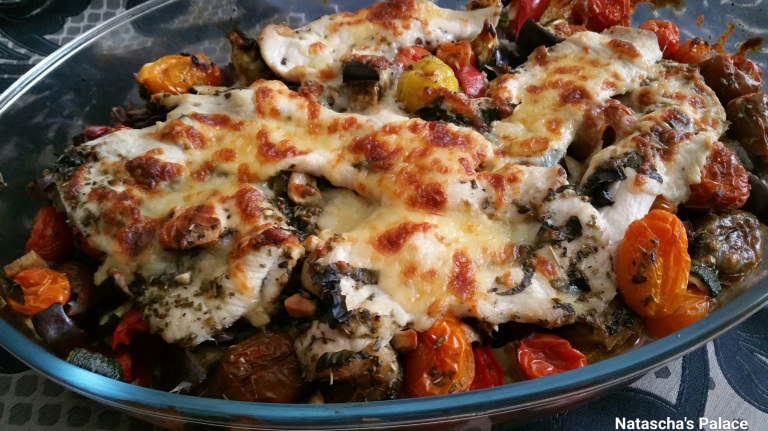 Tray bakes. Love them. Easy and everyone is happy with the results. I was trying to think of a nice birthday meal for my husband when I remembered him ogling a recipe that I was looking at in a magazine. I had just bought the magazine in the airport as a way of entertaining myself on a flight from London to Madrid. You know, i don´t mind magazines in Spanish but it was so nice to read a cooking magazine in English again. There were some peculiarities in the magazine but that is something I will talk about another day. The eating habits of the English and the Spanish are obviously different. At any rate, I took the magazine out the other day and suggested to my husband that i make it. He enthusiatically agreed and that was that!

The recipe includes some of our favourite things including cherry tomatoes. There are different kinds and I just love them all. You know how some people can´t resist chocolate? I can. No problem. But a bowl of tomatoes like these is not safe for long! 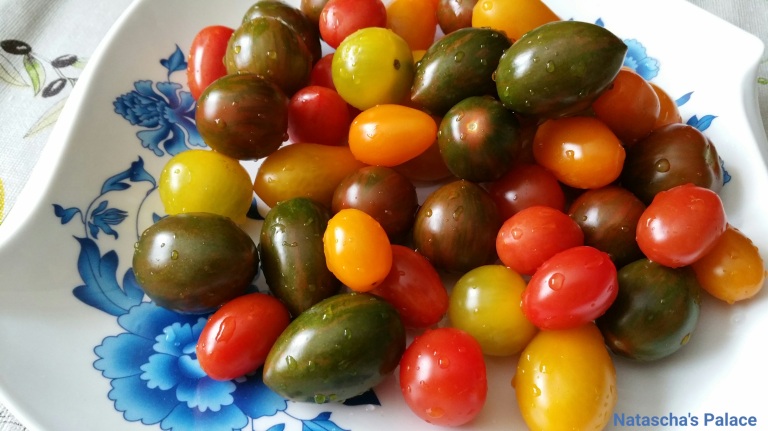 I made the tray bake the day before my husband´s birthday and simply reheated it the next day. The result was wonderful! I made a few changes to the recipe and here it goes! This could serve 4.

2 garlic cloves, minced (Add more or less according to your tastes)

2 teaspoons of dried oregano (Adjust this according to your tastes)

1/4 cup or so of fresh basil leaves, chopped

Two thick chicken breasts, divided into thin fillets. (You will end up with 4)

Salt and pepper to taste

About half a cup of Mozzarella cheese, grated

The result was delicious and something to remember when I am expecting company. It is easy but tastes like it was a super effort to make!